I was scrolling through Fishbowl yesterday afternoon while I was watching that horrible Bears vs. Ravens game when this post caught my eye:

At least those pay bumps are at or above current inflation levels, so that’s a plus. The thread continued … 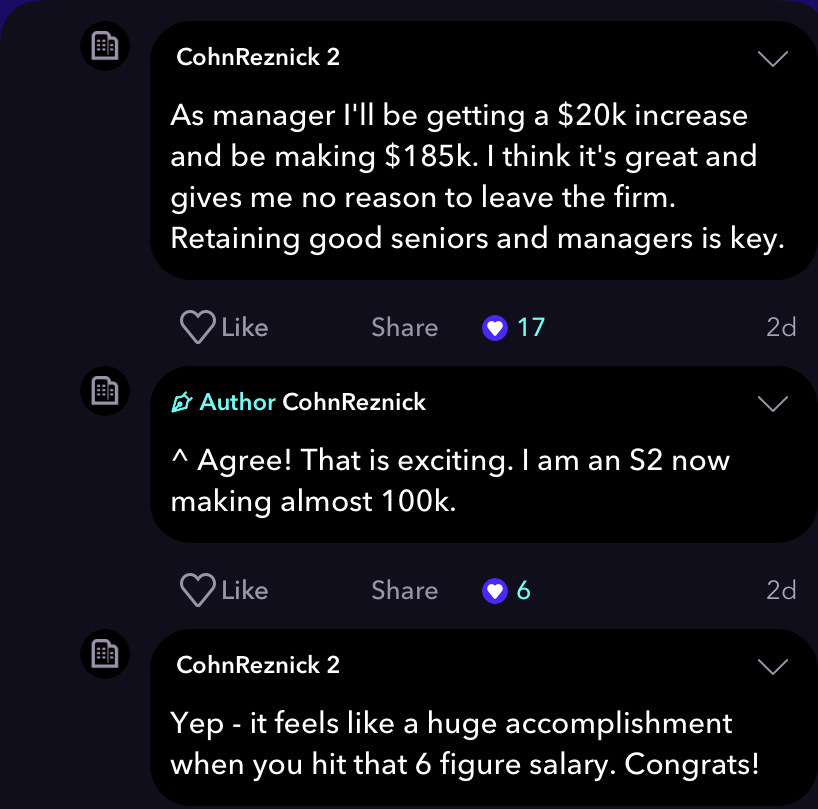 We hadn’t heard from anyone in the rank and file at CohnReznick during compensation talks, but upon further investigation on Fishbowl, these recent salary adjustments are on top of the raises employees were given this summer. Some CohnReznick employees said these new pay increases will put them at or above market rates for salary: 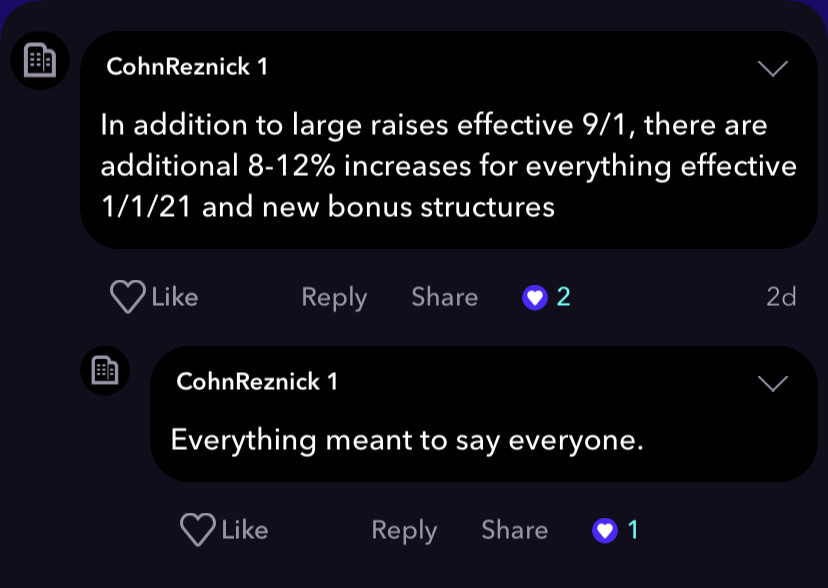 Paying employees more money to keep them from leaving. What a novel concept!

The post Compensation Watch ’21: There Are Some Happy Folks At CohnReznick appeared first on Going Concern.